The Secret of Kaaba 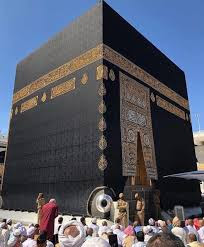 Alfred Wegener was a German scientist who presented a theory in 1915 for the first time that all the continents are sliding from their place with time. And millions of years ago, all these continents were presented as a single landmass, joint together. And this supercontinent was surrounded by the great ocean. This result was drawn by Wegener by studying the maps of the continents. He said that when the edges of different continents are joined together, they fit as if someone pulled them apart. So it is possible that they may have joint each other millions of years ago and later drifted apart. His theory of continent drift was new to the world and most of the scientists did not accept his point, but when data analysis was done further through new techniques in 1950, his words proved to be true. This merged supercontinent was named as Pangea. Later it was also speculated that Pangea was also formed by the union of some earlier continents. Their names were given Gondwana and Euremerica. In this way, the formation and deformation of new from old continents is a cyclic process.

But the most important thing that is found in the shifting of the continents is that the age of the Earth has been estimated at about 4-5 billion years. The upper crust of the Earth on which the living beings lying and on which the sea and dry places are present, this entire crust is in the form of plates (called tectonic plates). Different plates are constantly moving. Because of their shifting, continents are shifting. And when these continents presented in the form of single supercontinent, there was a centre of that entire dry land. That was the same place where today is the Kaaba Sharif and Mecca Mukarrama.

In such a situation, we can remember some very old hadiths of Islam, which seem to narrate this fact, for which the science before the twentieth century was in the dark.

According to the Hadith recorded in the book ‘ElalushSharaa’ of Sheikh Sudduk (A.R.), Hazrat Imam Hasan bin Ali bin Abi Talib narrates that once a few Jewish Messengers came to met Prophet Muhammad (S.A.) and asked many questions. One of them was that why was the name of Kaaba named Kaaba? Rasool (S.A.) answered because it is the markaz (centre) of the world.

According to another hadith recorded in the same book, Imam Muhammad Baqir (A.S.) said that Allah Ta'ala created the Kaabah before living creatures. After this God created the land and laid the ground from under the Kaaba.

According to Usool-e-Kafi vol 124 Hadith 17, Imam Muhammad Baqir (A.S.) narrates that the Messenger of Allah (s.a.) said to me that the twelve Imams to my descendants and you, Ali, all these are pegs and mountains for this land so that the land with its inhabitants lying in the stable state. When the twelfth from my descendants will no more, then the land will sink down with all the inhabitants then they will not get breather.

These hadiths are presenting such amazing inquisitions, whose reality can be understood only by the current science. The Kaaba is the centre of the world in many ways. The special thing that is observed in the map of the super continent Pangea millions of years ago is that Mecca i.e. Kaaba is seen in its center. At the same time, scientists have estimated that after about two hundred billion years, all the continents will be united once again. They also prepared a predicted map of it. And the surprising thing is that in that map once again the Kaaba (Mecca) is visible in the center. In this way it is almost proved that every time the land is united or separated, its centre has always remained the Kaaba. The same thing comes out in the research of Dr. Saleh Muhammad, a geologist at Baghdad University. According to Dr. Saleh, the tectonic plates of land on which the oceans and continents are present, are constantly changing their places at a very slow rate. At the same time, their shape is also changing. Some of them keep on joining together and some break and make new plates. Sometimes their speed becomes erratic, as a result of which floods and tsunamis arise. Now it is a scientific fact that all the deteriorating plates are moving around a centre i.e. Arabian plate at a sluggish speed i.e. doing Tawaaf. And the centre of this Arabian plate is Kaaba.

If the radius of 13000 km is drawn considering the Kabe as the center, then the cities of America, Australia and all the continents are included in it.

A question that remains a puzzle for scientists is that from where did the formation of these continents begin? Some might say that these great lands may have always existed. But it's not like that. According to the research done by the scientists, long ago the earth was a ball of fire which was revolving around the sun. Then how did it change into the shape of today's earth, of which 71 percent is the water? Where did so much water come from on the Earth? it is an unsolved puzzle for the scientists.

According to some scientists, water was always present in the form of steam at the Earth. Whereas according to some, this water came on the earth due to the collision of the icy comet. This water cooled the whole earth and also spread everywhere in the form of ocean through heavy rain. At that time there was no existence of dry land and no continent was present. Then through a process called mantle convection, high cores were formed in the middle of the ocean, around which continents were formed due to the gradual solidification of rocks.

Science is currently silent about which part of the land the first core was formed. But the way that the Earth's plates are present around the Arabian Plates and other scientific data is being analysed, it seems that the first core was formed at the same place where the Kaaba is present now. Therefore, the scientific data is in favour of the hadith that ' After this God created the land and laid the ground from under the Kaaba '

The way that different plates of the Earth exist and connected to each other and the material of the earth underneath them is in molten and hot condition, it is certainly surprising that those plates are stable and is completely supporting the hadith of Rasool (S.A.) 'the twelve Imams to my descendants and you, Ali, all these are pegs and mountains for this land so that the land with its inhabitants lying in the stable state. When the twelfth from my descendants will no more, then the land will sink down with all the inhabitants then they will not get breather.' Another thing is evident from this that ultimately time will arrive when the plates of the earth will not remain in its place and will sink and the continents will collapse they will not exist further. 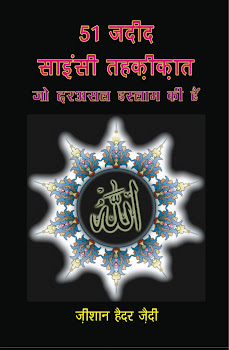